Thanks to winter break, I finally have time to update you all on my sews from the last few months! You all have no idea how great it will be to have nearly a month off from classes!  Oops, I started this post a couple of weeks ago. 8 of those 10 items were sewn up, along with at least ten more. It’s been busy around here!

October was a fun month to sew for me. My nephew had a birthday, my partner and I had a Jurassic Park themed party, AND Halloween! Most of my sews that month were a little less every day wear and more costume sews!

First, I started sewing a birthday gift for my nephew. I had my sister in law ask him what his favorite animal was, bracing for a challenge. I was a bit relieved to hear the soon to be four year old was into skunks! I wanted to make something that could be worn everyday, so I decided to make him a Mega Max Raglan from Max and Meena. I blogged about the pattern here, minus the add on pack (which is definitely worth it!). I modified the pattern so I could have a strip of white fabric running down the back. I used the raccoon version from the pattern, and modified the tail to also have the white stripe. The last modification I did, was using snaps to make the tail detachable. They have the blackest black I have ever seen, and it holds up very well after multiple washes. 🙂 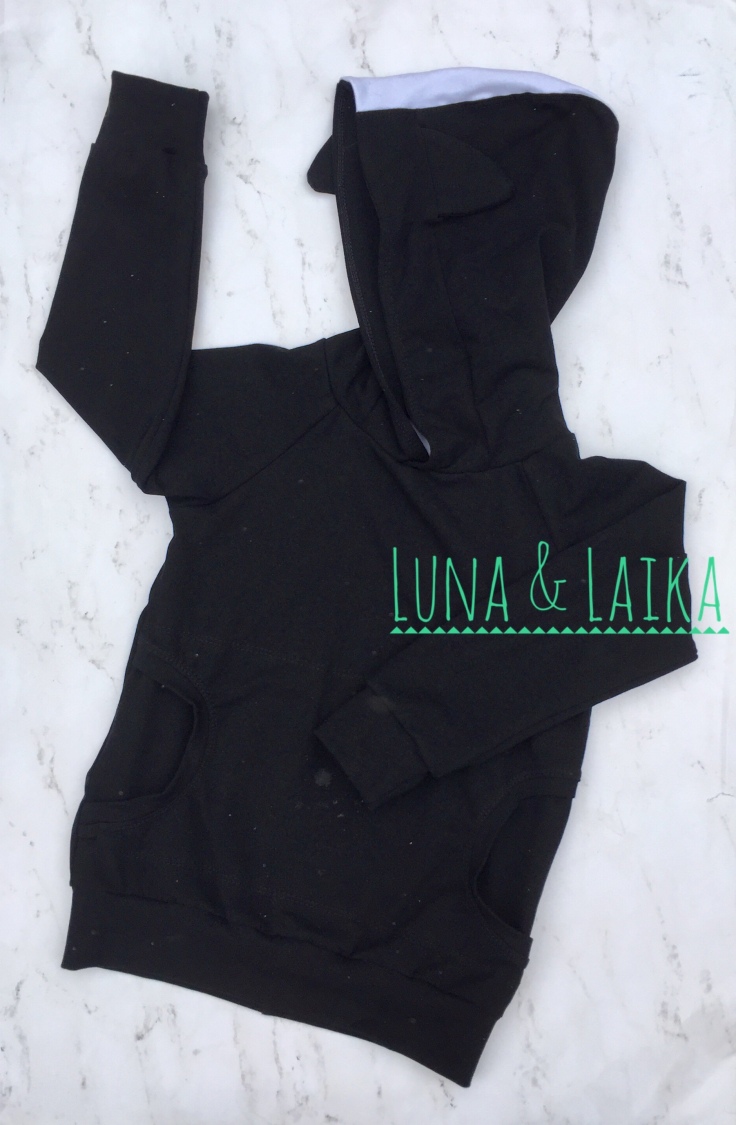 Don’t mind the water drops in the first photo. It was raining and I didn’t realize the photo had the drops on it until after the hoodie was on it’s way to my nephew!

Next, I made the Little a dinosaur hoodie for Halloween. I used the same pattern for the skunk, but this time used the dinosaur version. I again made the tail separate, but instead of snaps, I made a waistband that he can slip in and out of. I’m not sure if my photos do it justice, but that acid green is AMAZING!

I made matching pants for Halloween. I used Max and Meena’s Max Joggers Pattern for a quick sew. I left off the bum circle as usual. 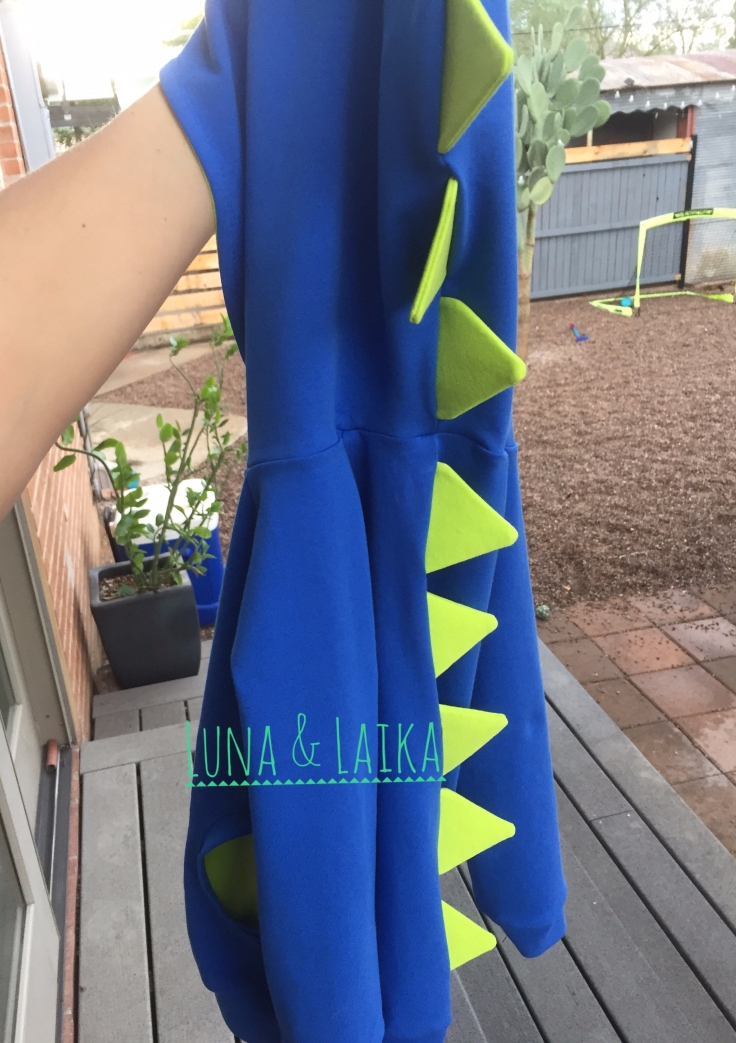 The last little project was an extension of the Little’s Dino hoodie. My partner and I were invited to a Jurassic Park themed party, and needed something to wear. I decided to make some quick hats and tails for us to wear! For one set, I used the same colors as Little’s hoodie so that I could use his tail. The other, I grabbed some other Flying Pig Fabric solids that I had on hand! I used the free slouchy beanie pattern from Patterns for Pirates, and added the spikes to the seam running down the middle. It worked well, but I think a beanie pattern without the band would have worked better!

Overall, October was a fun month for sewing. I got out of my comfort zone and tried some new hacks!

As always, let me know if you have any questions or comments! Thanks for stopping by!

*Some of the links above may be affiliate links. Thank you for your support!*

2 thoughts on “Skunks and Dinosaurs, oh my!”

Welcome! I'm Caitlin and am here to tell you a little bit about my sewing adventures. I picked up sewing again after the birth of my little when I kept seeing amazing items and thinking that I could make them myself! Thanks for stopping by! Check out my Facebook page: www.facebook.com/lunaandlaika